Warning: "continue" targeting switch is equivalent to "break". Did you mean to use "continue 2"? in /home/lkdefor/lumiaunlock.com/wp-content/plugins/types/vendor/toolset/types/embedded/includes/wpml.php on line 646

Warning: "continue" targeting switch is equivalent to "break". Did you mean to use "continue 2"? in /home/lkdefor/lumiaunlock.com/wp-content/plugins/types/vendor/toolset/types/embedded/includes/wpml.php on line 663
 How To Unlock Microsoft Lumia 650 - Lumiaunlock

How To Unlock Microsoft Lumia 650

The Microsoft Lumia 650 is the latest Lumia smartphone designed and released by Microsoft (as of may 2016)!  As Microsoft marketed it, this phone is built for businesses:

The Lumia 650 makes a strong first impression. But in case you were wondering it is not as powerfull as it big brothers : The Lumia 950 and Lumia 950 XL 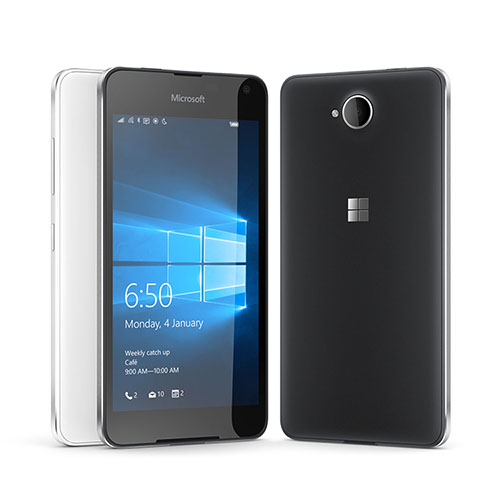 Why should you unlock your Microsoft Lumia 650?

First you should know that majority of cell phones sold  — especially on contract — are “locked” to a particular cellular or GSM carrier. This is done by GSM carriers so that phone, sold at a low price to attract customer, can only be used on that carrier’s network, so you can’t switch to another carrier without their “permission” or unlock it. And they usually don’t allow this before at least two years, making sure they made the maximum profit from that customer before releasing him on the market.

For this phone (The Lumia 650) unlocking involves a special unlock code that is calculated based on a special algorithm defined by the carrier and the phoness manufacturer.

The unlock code is a serie of numbers which must be entered into your cell phone via the phones keypad to remove the network lock or restrictions set by the selling GSM carrier; thus allowing you to use that phone on another GSM carriers all over the workd.

What are the benefits of unlocking your Microsft Lumia 650

A phone that fit into your budget

You can with an unlocked phone, change carrier once you feel that one is too expensive for your budget, and there another player in town that bring some very low price!

Great in case of international travels

GSM carrier propose roaming for this case, but did you look deeper at the prices for this service?? Headaches ahead! No more worries about roaming fees with an unlocked cell phone! Once in the foreign country, just head to a local shop an buy a local SIM card for a nut and get prices cut down low!

With the increasing number of new smartphones coming out every six months, we are all caught in the latest phone loop, but what do you do with your old phones? Sell them on eBay? did you know an unlocked cell phone can get up to 35% value? Don’t leave this opportunity out! Unlock your phone now!

How Do I unlock my Microsoft Lumia 650?

Unlocking a Microsoft Lumia 650 is a quite simple process. Please follow these steps :

Yup! That’s all. and now enjoy  your Microsoft Lumia 650 phone on all networks, anywhere in the world!